Customer Service: The Good, the Bad and the Ugly

It’s not rocket science that offering a good level of customer service can have a positive effect on the way customers view your business. The same goes if you deliver poor or substandard service on a consistent basis – your customers will become annoyed and it could lead to them taking their custom elsewhere. 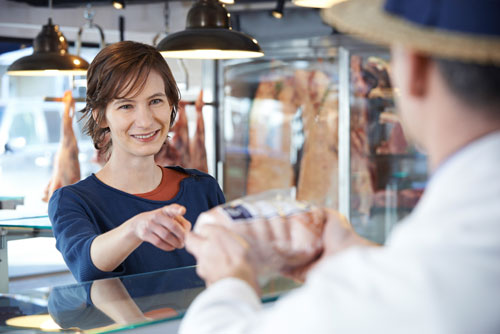 With customer service taking place on more and more public channels than ever before (an estimated 67% of consumers are using channels like Twitter and Facebook for customer service), it’s vital to get on top of complaints before they escalate – and fast! So we’ve compiled our all-time favourite instances of good, bad and ugly customer service to help you learn the dos, don’ts, and how to keep things pretty.

Staying at hotels means we get access to many wonderful features; fluffy white towels, endless toiletries and, in the case of Gaylord’s hotels, relaxing clock radios. Christina McMenemy frequently visited their Nashville Opryland resort and loved the clock radio so much that she wanted to have her own!

The sound “helped her sleep better than ever” – which we all know is incredibly important. But sadly, she couldn’t find the particular model. At a loss as to where to look for it next, she asked the hotel for help and found out the model was exclusive to that particular hotel chain.

Most hotels would treat that as the end of the story but not the staff at the Opryland. No, they went one step further and left the woman her very own spa-sound radio to keep. 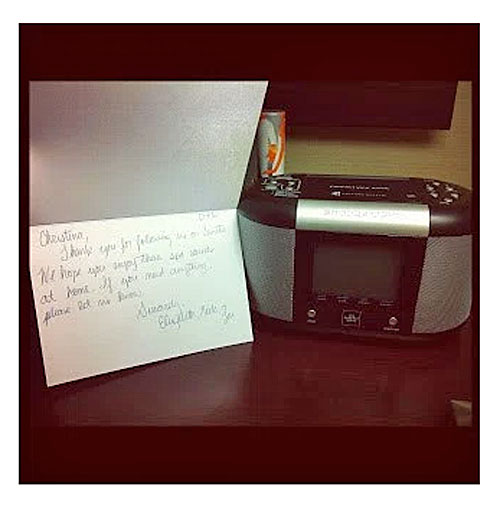 The Ugly: Pigalle Restaurant in Boston

It can sometimes be hard to not let your own emotions get in the way of providing solid service. Sadly, this was something Marc Orfaly, chef of Pigalle in Boston, failed to remember. When dealing with disgruntled customers, we advise not reacting in this way: 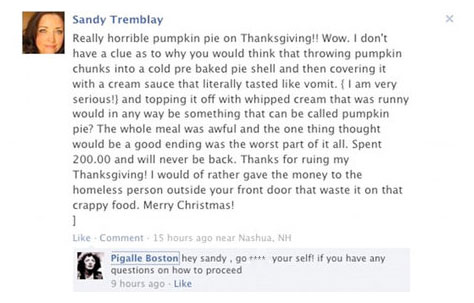 Many people jumped on to this argument, backing both the customer and the chef. But the main point that was raised, in regards to the chef’s poor behaviour, was that this particular customer had spent $200 on the meal and was entitled to her right to complain (as is any paying customer!)

Sadly, it wasn’t just the chef with a poor understanding of the right way to resolve a customer complaint. Pigalle Boston posted a status shortly after this event stating that people were “uneducated, unintelligent, unpolished human beings.” This was later deleted but the damage was already done to their reputation as many had seen the exchange and pitched in their own views too.

Unlike many bad instances of customer service, this actually ended in the customer and chef resolving their dispute, but this certainly isn’t the right way to go about reaching a positive result.

You might remember the day when Waterstones accidently locked one of their customers inside their Trafalgar Square branch. Not your usual customer query but one that demanded urgent attention – we’re sure he had plenty to read in there but we all have busy lives too! David Willis swiftly tweeted the book retailer alerting them to his interesting situation: 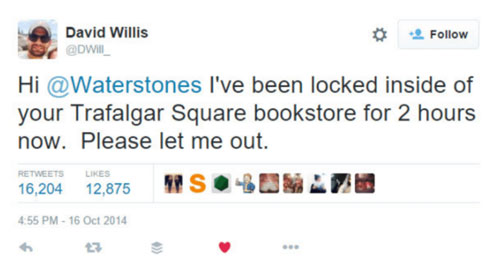 These sort of events are rare, so, unsurprisingly, it went viral. With over 16,000 retweets and 12,000 likes, it’s times like these that out-of-hours customer service really shines. Luckily Waterstones quickly picked up on this and freed David in just 80 minutes! (Still long, admittedly, but not quite as long as a full night in the store would have been). Now, let’s imagine how this situation would have turned out if Waterstones had turned off their Twitter customer support at 4pm…

IKEA is a place of wonder and little pencils to most, but to one Bernard Marr it became a place of huge annoyance. He ordered a white BIRKELAND bed and was told on delivery that one part was missing and would be delivered in two days’ time. But the missing part never appeared. When the part did eventually arrive, it was soon realised that it didn’t even belong to the bed, making completing the build near enough impossible!

IKEA’s customer service team apologized profusely (two weeks later) and reassured Mr Marr that the correct slats would be delivered in two days’ time. But yet again, no delivery. So round and round he went receiving apology after apology until he received the correct bed slats. And was left with the incorrect bed slats that were originally delivered. How long did it take IKEA to resolve this issue? 9 months.

Mr Marr wrote an open letter explaining how it’s “most unnerving problem was how long the company took to respond to his grievances – two weeks” and that its virtual assistant, Anna, was near enough useless. And with further investigation into IKEA’s current customer service, it doesn’t seem as if things have improved. With many complaints online, IKEA are certainly one example of a business that needs to pull its socks up. Motto of the story? Learn when to use automated and human customer service – some queries are more suited to one or the other.

If you receive a negative tweet towards your business, the general idea is to try and turn it into a positive. Especially if said tweet has been promoted so it’s been seen by over 77,000 users. This is exactly what Hasan Syed did to try and get British Airways attention, after they lost his father’s luggage on a flight from Chicago to Paris. 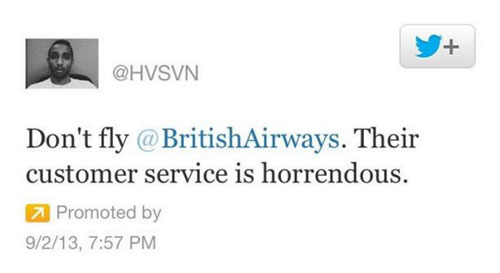 We would like to think such a respectable airline would be leading the field in terms of offering quick and useful customer service. In reality, it actually took them 8 hours (which, admittedly, isn’t the longest of times but is in social media terms) to respond to Hasan’s promoted tweet, but by then the damage was done. Not only did this issue bring up a clear problem with British Airways, it was also brought to user’s attention that they were at that time only operating within standard working hours on their Twitter feed:

A valid point from Hasan, how can a business expect customers to be happy with 9am-5pm service when you can travel on a BA flight at any time of the day? Luckily, times have changed and BA now operate 24/7 customer service on Twitter to ensure something like this never happens again (and so that they can help their customers with their queries at any time: day or night)!

Word to the wise, run customer service when your customers really need it, whether that’s early morning or 24/7.

Sometimes customer service just resolves around being home. More often than not, customers tweet businesses with friendly jibes to see their reaction or claim some internet fame. Marty Lawrence tweeted Sainsbury’s with: 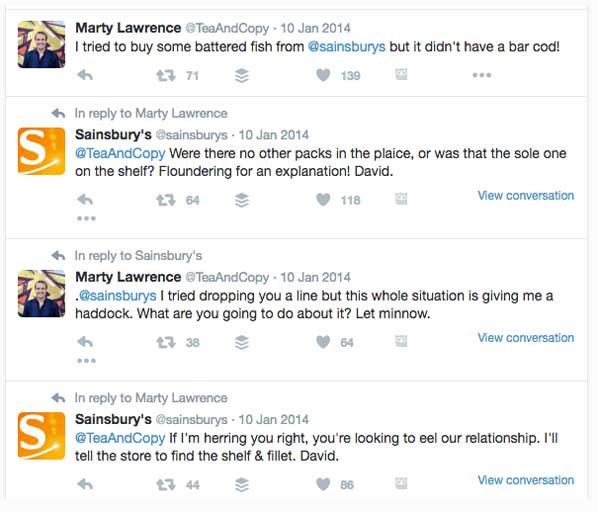 Now, Sainsbury’s have a pretty active Twitter feed and their tone is always helpful and positive. So the replies Marty received aren’t surprising. The puns aren’t always clever, but they’ll certainly increase the scale of your happiness. This exchange is an example of a supermarket simply engaging in a fun way with a customer, helping boost their image as an approachable company.

Elena Lockett works for FM Outsource, who provide outsourcing solutions for businesses of all sizes across customer services, digital marketing and IT development.