It is now widely believed that there is a cause-and-effect relationship between a loyal employee and a loyal customer. 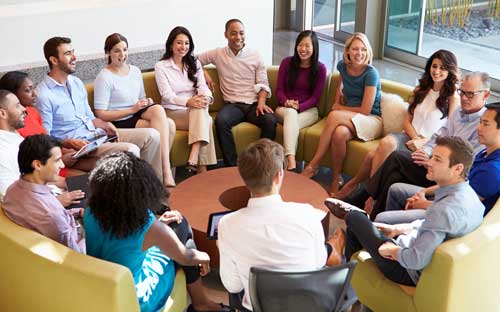 “We found that there was a cause-and-effect relationship between the two; that it was impossible to maintain a loyal customer base without a base of loyal employees; and that the best employees prefer to work for companies that deliver the kind of superior value that builds customer loyalty – building loyalty has in fact become the acid test of leadership.” – Frederick Reichheld, The Loyalty Effect and Loyalty Rules

For most organizations, the goal of improving customer service levels is an article of faith. And so it should be, because there’s an overwhelming body of research to show that building customer loyalty has a major impact on profitability. In fact, according to one study – based on 46,000 business-to-business surveys – a “totally satisfied” customer contributes 2.6 times as much revenue as a “somewhat satisfied” customer.

Clearly, there are significant benefits to be realized from trying to improve an organization’s service/quality. And that’s why managers devote so much time and money to training programs that “instruct” employees on the specifics of dealing with customers. What these managers don’t understand, however, is that such attempts are largely cosmetic. Real improvements in customer service start with providing superior service and support to the employees themselves.

Smile Training is not enough

All too often, this misunderstanding results in sending staff through “smile training,” issuing edicts to be more courteous, or teaching them how to handle dissatisfied customers. In the meantime, processes and systems don’t support frontline servers. Irritants and issues that reduce morale are swept aside as excuses. An airline manager attempted to address the problem of declining customer satisfaction by issuing a directive urging staff to smile and be nicer to passengers. A flight attendant’s response showed how that manager just didn’t get it: “We’re smiling in spite of the fact that we’re doing our job one, two or three flight attendants short, with equipment that often doesn’t work properly and with a product that has deteriorated.”

Harvard professor and author Rosabeth Moss Kanter likens this type of change-effort to putting lipstick on a bulldog. Rather than deal with an ugly and nasty problem (my apologies to bulldog owners), the manager makes superficial changes and tries to pass them off as real improvements. The result of this cosmetic effort is, as Kanter observes, that “the bulldog’s appearance hasn’t improved, but now it’s really angry.”

Taking an organization from good to great customer service ultimately depends on the people who provide that service. It can only happen through the volunteerism – the willingness to go beyond what is merely required – of people who serve on the front lines. Going from ordinary to extraordinary performance happens through the discretionary efforts of frontline staff deciding to make the thousands of “moment(s) of truth” (any time a customer interacts with the company in person, by phone, or electronically), they manage every day as positively as they possibly can. This enthusiasm, loyalty, or devotion can’t be forced on people. It only happens through a “culture of commitment,” where frontline people reflect to the outside the intense pride and ownership they are experiencing on the inside.

Here are some examples of the research showing the connection between internal and external service:

The best predictor of customer satisfaction among workplace attributes is what Vanderbilt professor Roland Rust calls service climate: “those attributes of overall workplace climate that characterize how well equipped employees are to deliver customer service, such as the adequacy of resources and equipment and job skills development.”

A company’s external customer service is only as strong as the company’s internal leadership, and the culture of commitment that this leadership creates. To paraphrase Abraham Lincoln, our service or brand promise can’t fool all of our customers all of the time. If the service messages are out of step with what’s ultimately experienced by customers, marketing dollars are wasted. And customer dissatisfaction rises right along with staff turnover. Scott Cook, founder of Intuit (creators of Quicken software), puts it this way; “Great brands are earned, not bought. Customer experience is where brand is built, not in the marketing budget.”.