The benefits of a solid Customer Experience Program are huge but there are significant risks in “getting it wrong”. A sound roadmap will help “get it right”. 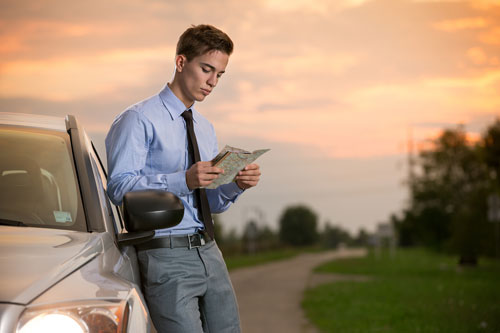 Implementing a Customer Experience Program (CEP) is not a simple matter. The value comes from extending the current customer satisfaction program into one in which customer centricity is built into the culture and the strategies of the company and using the output of experience measurement to take actions.

There are many pitfalls and not the least is attempting to move too rapidly to a complete solution.

Sound implementation and the ability to harness all the opportunity of “getting it right” requires a measured approach with interim checkpoints to achieve the benefits that we are hoping for. It requires a roadmap.

There is also a lot of up-front work to design the most relevant framework and this is why a roadmap needs to be developed (and followed) for a phased implementation, with each step reinforcing the concept and building support.

Even before Step 1, the CEO must have embraced the concept fully. If not, do not bother attempting a full-blown CEP but continue to use your existing, lower-impact customer satisfaction program.

The CEO needs to announce the program and show very clearly that it is a fundamental part of the vision and strategy. This announcement needs to be reinforced in every company communication, meeting, and workshop. Organizational structure changes that are needed to implement the approach should be hinted at but not decided on or implemented until later in the rollout.

Step 2 – Selling to the Organization

Initial selling must be to the CEO’s direct reports and then farther down the line. Objections (as in other selling situations) should be encouraged, put on the table, debated, and then refuted.

The selling should continue throughout the rollout and beyond, but it should start at this point and continue when the roadmap has been developed, the pilot selected, and then when feedback on pilot results is prepared.

In the background, the roadmap with the steps, timings, and resources required should be developed. At this stage some preliminary goals and measurement parameters should also be developed; these may be modified later.

Publishing the roadmap is a simple step, but it lays out the plan for getting to the CEP. It not only puts people on notice that the plan will be implemented, it also establishes the expectations—and we all know that managing expectations is the key to success.

Timelines should be generous, and the intent should be to implement faster than the timeline rather than having tight timelines and being forced to deliver late. The CEO will push for fast timelines, but it is key for the CEP team to push back and convince the CEO that if things are rushed, there is a greater risk of issues arising.

The roadmap should be used as a guideline communication vehicle and should be updated regularly, showing success against targets. The aim is to keep the roadmap alive and use it as a PR vehicle for the program.

There is a lot of preparatory work needed including building and updating a customer database and defining the parameters of the program.

It is also important at this time to plan the transition from the current customer satisfaction program to the CEP. This may require organizational and staff changes.

In planning for the implementation phase, the current customer satisfaction approach should be reviewed and changes made to it to reflect the differences. It may require different methodologies and approaches (e.g., a telephone-based survey for Tier 1 customers). The additional roles may require a different approach to acquiring sample.

You also need to develop the cost estimates and value hypotheses (e.g., “Cost is 15% more than the current customer satisfaction study, but if overall Customer Experience can be raised from the current level by 10%, we can expect the retention cost to fall by $X and the sales per customer to increase by $Y.”).

A full rollout will take a long time and require the CEO’s “act of faith” to continue for that time period. It is best to find some “low-hanging fruit” and implement a pilot project. This can be done more quickly, allowing results to be shown. It also does not over stretch the CEP team by creating higher risk.

Selection of the pilot is fundamental. It should be an area that is regarded as most important and one that is less complex than others.

Most companies tackle a particular product dimension; however, this can be suboptimal since there are so many “fixes” that are more generic. It may be easier and more effective to tackle a touch point (e.g. customer service) across a variety of products that also avoids the “Not Invented Here” syndrome.

Coupled with the project itself are its goals. These should be established with metrics so that both the program cost and the results from the successful implementation can be easily measured and presented.

People’s attention spans these days are short, so target the pilot to be completed within three months.

After the framework has been decided, a research project needs to be conducted to gather pertinent data to assess the pilot environment and to establish actions that can be used to rectify any problem areas.

In one touch-point-oriented pilot, we focused on the customer-service call center. We used a simple web survey with current customer contacts to assess the experience. The Net Promoter Score (NPS) question version was, “Would you recommend … based on your experience using the Vendor A customer-service center?” There were also a number of drill-down questions related to the IVR system, wait time, ability of the agent to answer their questions, attitude of the agent, etc.

Finally, an open-ended response was requested: “How can we do better?”

The customer-service center for the pilot was just one of several and used English language only. The results were assembled and analyzed, and a set of possible actions determined. A short workshop was called that addressed the various possible actions and the cost of implementing them.

A few in-depth interviews were conducted with individuals who had raised a lot of issues, and they were asked if the planned changes were made, how those changes would alter their score. Also, they were asked which of the actions would give the vendor the “best bang for the buck” in their eyes?

This took the first six weeks, and subsequently the actions were agreed and implemented. At week 10 of the pilot, the survey was conducted again, and the improved scores became part of a report indicating the value from such a CEP program.

For the CEP team it is important to widely publicize the results, have the CEO endorse them, and then sell the results to others in the organization.

The team should also channel results to the PR department and the media. It is hard to stop an acclaimed success.

There is always a risk of things not working as expected, so it is probably sound to determine an exit strategy if things go wrong, such as:

When the sign-offs are in place, implement the rest of the CEP in logical phases (as established in Step 3 and perhaps revised based on the results of the pilot).

Nothing stands still. Even if the program is a resounding success, it will need continuous monitoring and adjustment over time. Customer sets will be realigned, new products will be added, others will be dropped, and certain touch points will become more or less important.

The benefits of a solid Customer Experience Program are huge but there are significant risks in “getting it wrong”. A sound roadmap will help “get it right”.

Harry Bunn is the president and CEO of Ronin Corporation, a marketing consulting and research firm focusing on business-to-business companies, in particular in the technology sector. Harry has written a number of articles for Chief Executive Magazine and other publications and has spoken at a wide range of conferences.