Customer Experience: Everything is an Emotional Buy

More than satisfaction, customer emotion is the underpinning factor in the customer experience. 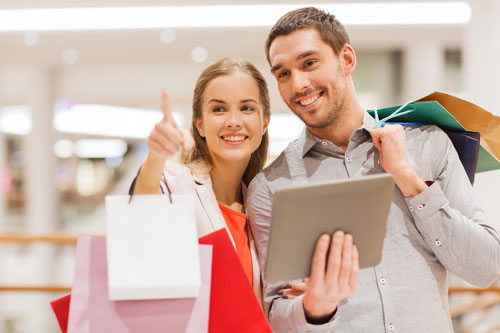 Everything is an emotional buy; everything. Whether buying a cup of coffee, a holiday, a car, or a house. Our emotional reaction to a service transaction is the fundamental driver of the purchasing decision.

More importantly, it’s a determining factor in customer retention and loyalty. More than satisfaction, customer emotion is the underpinning factor in the customer experience; what it’s like to do business with the product or service provider.

Yes of course rational thought, reflection, consideration of pros and cons may be part of the buying decision, but an emotion definitely will be. One’s feeling, sense, intuition, gut reaction and experience of the interaction will play a significant part in the buying decision.

This example illustrates the point. I was walking through a shopping mall with a colleague recently. We walked passed a well known coffee shop and I suggested we stopped and had a coffee. My colleague immediately responded with a suggestion that we should go further into the shopping precinct and around the corner to his favorite coffee shop.

“I like it there,” he said. “It’s not that they do better coffee, or it’s less expensive, or I have a loyalty card, I just like it there”. In fact he liked it so much that he was willing to take us out of our way in order to get that cup of coffee. This was an emotional reaction. No rational and logical weighing up taking place; a simple instinctive response.

Why is this important?

What further academic research and empirical evidence now shows is that companies who followed this guideline were surprised to find that even high scores in customer satisfaction did not guarantee loyalty. Companies have discovered that loyalty, not satisfaction, drives profits. The economics are very compelling.

As little as a 5% decrease in customer defections can mean a doubling of profits. Why? Because loyal customers are not only repeat purchasers, and are more likely to buy other products and services, they become advocates of the company. It is nine times cheaper to keep an existing customer than acquire a new one.

The unit operating costs of servicing repeat purchasers is also reduced. Advocates become the ‘virtual’ marketing function of the product or service provider, recommending it to potential new buyers among family, friends and colleagues.

But there are other reasons based on service recovery. No product or service operation is flawless. Though a company may want to diminish the incidence, it is almost inevitable that something will go wrong sometime, however small the error. When customers are positively disposed and emotionally engaged to service providers, they will be more willing to tolerate a whole range of service or quality shortfalls.

The coffee not quite as tasty or as frothy as last time, the delayed flight or the clothes shop that has sold out of the garment you particularly wanted. Customer satisfaction surveying doesn’t quite get to grips with the emotional effect of the service interaction or the value that customers perceive from it.

Satisfaction in many respects is an outcome. Something happened that created that sense of satisfaction. And that ‘something’ is the experience itself. Satisfaction, or dissatisfaction for that matter, is the result of what it felt like for the customer in being dealt with by the service provider. Satisfaction somehow seems such an inappropriate and often inadequate description of what the customer is experiencing.

Doing business at the emotional level

Recently I went along to my nearest toy retailer to browse for a suitable gift for my eight year old son and witnessed the sheer joy and marvel experienced by a small toddler being given a replacement cuddly toy.

The parent had gone to the toy shop to ask if a toy that had not even been purchased at that particular outlet could be replaced because it had been given as a gift to her two year old, was one in a series, and the child already had it.

The store assistant said it wasn’t their policy, but left her counter, went to the appropriate shelving to retrieve the entire set of toys for the child to choose the one she wanted. The shop lost a couple of dollars and gained an overjoyed child, an appreciative parent and a story that will be repeated several times as an example of superior service. Neither the child nor the mother were merely satisfied with how they had been treated.

The broad smiles on both their faces gave a real sense of the appreciation and happiness felt (as well as giving a clue of the potential sense of relief in the mother in not having to deal with a disappointed child). Even I walked out of the shop with a bit more of a skip in my step than I had walked in with.

By contrast, a colleague told me of his less that satisfying flight to a client meeting in which he stupidly (his words) packed all the materials he needed for his presentation in his checked-in luggage. On arrival the surly lost baggage clerk explained that his luggage was still at his departure point and that it would not be with him till later in the afternoon and that if he had needed all the material then it was his own fault for having checked it in.

My colleague explained to me later that neither dissatisfied or extremely dissatisfied, were words that accurately described his feelings about the treatment he had received. Incandescent with fury were probably closer adjectives to the truth of his emotional reaction.

So it all seems to rest on the emotional experience. How the engagement with the service provider leaves us feeling – about them, the transaction and the company as a whole. And even when the system – the procedures and protocols the service provider is sometimes required to follow – get in the way. Appreciation and handling of the customer at the emotional level can make all the difference.

Only a couple of weeks ago I called by business bank early on a Monday morning to check that they had reissued and sent a replacement to my business card that was about to expire. Confirming that they had, I explained that I was about to leave on a business trip and that I had not yet received it.

Going into automatic mode, the call center agent informed me that they would have to cancel the card that was lost in the post and reissue a new card. This would take between 3 and 5 working days. Too late, I advised, as I was leaving on my business trip over the weekend, needed the card, and my existing card would expire mid week. Can’t help you they said. I suggested that rather than relying on the postal service, they should courier a replacement card and I would sign for it.

This seemed a viable possibility, except they added that in cancelling the lost card on the Monday would also automatically cancel my existing card which was still valid till the Thursday.

Increasingly angry and frustrated, I suggested that they should not cancel a card that was still valid and usable, and asked how they could creatively suggest some options to deal with the presenting problem. None were available.

After much haggling and finding I was getting no where with the ‘system’, I begged that they please ensure that the card was delivered in the minimum amount of time. This they assured me they would do. Frustrated, manacled by their procedures and feeling completely undervalued, I agreed. Unfortunately, insult was further heaped on a far from satisfying experience.

A very pleasant voice called about an hour later to say that I could collect my card from my local bank branch at the end of the week. The communication within the system had obviously not understood my earlier point about being busy and the inconvenience of the situation.

The rising tied of indignation, frustration, helplessness and seething venom was far too great to contain, and the unfortunate caller received a tirade describing their incompetence, insensitivity and inability to organize an escape from a wet paper bag.

What is the point of this?

What the customer feels or doesn’t feel at every single encounter with a service provider is directly related to the service providers ability to manage the totality of the experience and customers expectations.

Customer experience is not simply about smiling sweetly, or keeping an even tone when handling an irate customer. It is about creating, operationally and behaviorally an emotional connection with the customer that leaves them feeling – no matter what – that they are the most important person in that moment in time.

Addressing the emotional needs, desires expectations of fickle – I want it now and I’m not going to wait – customers is difficult and can’t be left entirely to the great customer service skills of the individual. Defining the goal of the intended customer experience, so that it is differentiated, intentional supports the brand promise and adds real value to the customer requires a whole company approach which goes beyond procedural quality standards and protocols.

Before a product or service provider can determine the best way to manage their customer experiences it has to define and articulate exactly the emotional reaction they want to create in the customer at every point of contact.

Managing the customer experience, then moves critical elements such as product and service quality, and perceptions of value-for-money, beyond the minimum requirements needed to be seen as a ‘player’ in the market – to fundamental delivery mechanisms in creating the sort of personal, deep seated emotional and psychological connections with the customer that enable them to feel themselves satisfied and loyal.

A consistent, differentiated, valued and completely intentional approach to managing the customers emotional response to doing business with the company is the only way of dealing with the irrational, illogical, intuitive and feelings based drivers that underpin every buying decision.

Now then, about that coffee I was going to have..