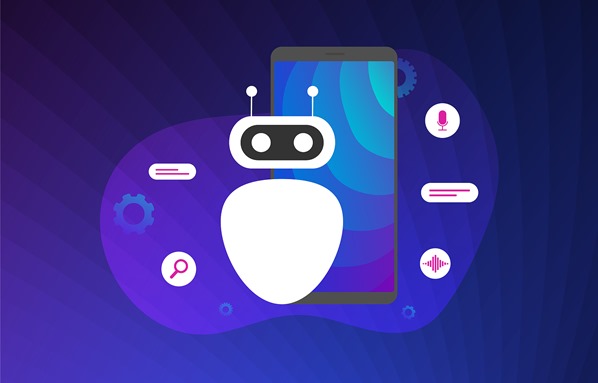 The successful provision of customer service remains a crucial element of any viable business venture in 2021, with chatbots playing a deceptively important role in making support widely accessible in the digital age.

The chances are that you’ve impacted with a chatbot if you’ve ever used a website’s live chat support feature, and these entities utilise a combination of AI, natural-language processing (NLP) and machine learning to decipher key phrases used by customers in real-time before analysing this data to provide a relevant response.

In this post, we’ll look at how chatbots work, while asking how they’re beginning to influence a wider range of marketplaces in the UK (including the processing of equity release requests).

How do Chatbots Work?

There are two main types of chatbot currently active in the UK; the first of which is task-oriented and single purpose programs.

This mainly utilises rules and NLP as opposed to machine learning, and works by generating automated but conversational responses to specific user enquiries.

The interactions that follow tend to be highly specific and structured, while they’re most applicable to support and customer service functions. For example, they’re ideal when managing interactive FAQs, thanks to their capacity for handling generic queries that don’t feature a large number of variables.

The second iteration is represented by data-driven and predictive chatbots, which are also referred to as virtual or digital assistants.

As this suggests, they tend to be considerably more sophisticated and boast higher levels of interactivity, while they can also deliver more personalised content than single task-oriented alternatives.

As a result of this, they apply predictive intelligence and analytics to empower personalisation and customisation in real-time, based on user profiles and their past behaviour over an extended period of time.

The best examples of this technology are provided by Apple’s Siri and Amazon’s Alexa device, which are incredibly consumer-centric in their design and benefit from machine learning and the application of predictive analytics.

While you may have sought out equity release advice from a reputable professional in the past, you may not know that emerging technologies such as AI and chatbots are beginning to make a significant mark in this niche.

More specifically, chatbot technology could play an increasingly pivotal role in supporting retirees during the initial stage of equity release planning in the near-term, by helping them to prepare for the conversations that they’re likely to have with real-world advisors.

During one study conducted by ABAKA in conjunction with Key, retired customers aged between 65 and 75 engaged in a series of focus groups and interviews which explored their use of digital channels to research financial services and products.

At the same time, respondents were allowed to test an AI-powered chatbot, which provided personalized responses to questions pertaining to equity release.

While most previously used independent platforms such as Money Saving Expert to answer their queries, they agreed that the use of personalised chatbots would provide a more useful and viable entry point into the marketplace.

This could make the equity release market more accessible to older citizens, which may prove crucial as the state and private pension markets continue to depreciate.

Will Hale, CEO of Key Said:

“While we believe firmly in the value of face to face advice and the support that this can provide customers as part of the process of taking out a later life lending product, we know that there is often considerable thought and planning undertaken before they even pick up the phone.  Today’s research clearly highlights that we need to avoid assuming that over-65s are not tech savvy and step up our efforts to use online tools and services to support this demographic.”