7 Downfalls of First Time Managers and How to Avoid Them

There is not a manager out there, that doesn’t have a story to tell about the lessons they learned in their first roles of managing people and teams. 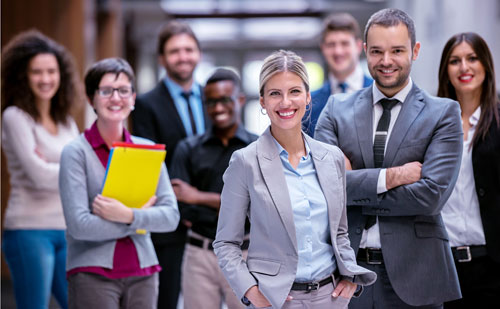 I know the leader I am today, is far removed from the leader I was five years ago, let alone 30 years ago when my journey began. The mistakes I made, the ladder rungs that broke under my weight, the human collateral, are just some of the messes that taught me to find a better way. A better way may have been a long time coming or a long time being found, the better way usually came about due to a personal growth journey.

Many first time leaders are promoted into their first roles, based on competence or technical skills. They are good at what they do, but don’t know how to lead and manage people. On reflection, personal experiences and ongoing conversations with many clients, have enabled this story to be told.

First time leaders often believe that people will do what you want, simply because you have a title. You may be the boss, but leadership is earned. Positional leadership is the toughest leadership there is, yet many stay here rooted in the belief that the people you manage are poor when in reality, the answer lies in the mirror. Positional leaders rely on checklists, systems and processes and almost continually follow-up. It’s hard work. One thing is clear, is that leaders that rely only on title, work hard, burn out and never maximise the potential of their team. In fact their results are usually average or below.

2. Needing to be liked

The need to be liked is part of our basic physiology along with the need for social connection. It’s important that you build genuine rapport with your team. It’s nice to be liked. It’s more important to be respected. Don’t confuse the need for connection with the need for friendship. Dealing with tough situations are all part of being a manager, and your decisions will be compromised when friends are part of the tough decision.

3. Don’t assume the skill set of your team

While you may have been promoted because of your technical brilliance, don’t assume that your team are similar. Assuming your team are effective as you were, is a recipe for disaster. Get to know them, their strengths and weaknesses and work alongside them to achieve best results.

4. Do the job myself

The polar opposite of what I just spoke about. Our first attempts to influence may fail, or the team are not skilled enough to achieve the standards of the job as expected by the new manager, so we give up and just do the job ourselves. The resulting mess, with an overworked manager stressed to the max, and a team that may as well be playing cards in the lunchroom

5. Treat everyone the same

I often see managers talk about their ability to treat everyone the same. They wear it as a badge of honour. In fairness, what they are probably meaning to say, is they have a consistent and fair approach. Treating everyone the same is just another example of what not to do. Everyone is an individual, and everyone is different when it comes to being motivated and engaged. Using the same approach, or treating everyone equally, ensures that you will be missing the magic that happens when you truly connect and motivate.

7. Assume that all is well when no-one is providing feedback

Never assume that just because your boss isn’t providing you feedback that everything is OK. No feedback keeps you where you are. What got you in the position, will not get you to the next stage. The facts behind feedback is that the people getting the most feedback are usually poor performers. The next lot are the better performing team members. Average doesn’t cut it, and if you aren’t chasing constructive feedback, expect to stay a long time in the role you are in.

So how do you, as a first time manager, wade your way through the downfalls of the appointment? Here are my tips to success.

Aim for outstanding. Don’t aim to fly under the radar. Follow the belief you are outstanding and match that with your actions to deliver.

Listen, Listen, and Listen. Nothing shows people they are respected and valued by the capacity for someone to listen to them. First stage for you in building your team, is to listen to what they say.

Set your boundaries. It is important for you to understand your team and to build genuine rapport, but as the manager you set the boundaries. While some company functions will be necessary, a weekly nightclub or pub session is probably out of order.

Prioritise Development. Both of yourself and your team. Statistics show us that most leaders don’t receive any leadership training for their first ten years. The most important aspect of getting your job done is leadership, and the averages indicate you will not get it.

I still remember picking up my first John Maxwell Leadership book from a bargain bin. My journey started that day. When you keep developing yourself, you will see the way forward with your team. Refuse to accept the status quo. Make development part of your plan and part of your teams plans.

Tony Curl grows leaders and grows businesses. He raises the leadership capacity of business owners, corporate executives and start-up entrepreneurs and gives them the awareness to work on their own growth as a major function of their business growth.