6 Reasons to Invest in Bitcoin 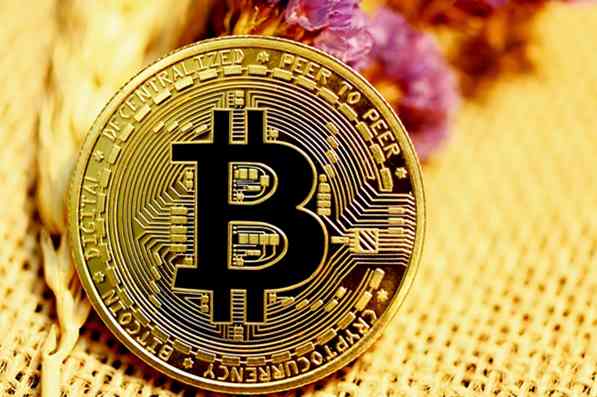 Are you thinking of turning to cryptocurrency investment? Are you confused about which one to invest in? Don’t worry, most new investors are confused and find it difficult to navigate through the crypto world crowd.

Since its introduction in 2009, cryptocurrency trading has taken the economic world by storm. Cryptocurrencies are virtual money that can be used to process transactions without going via conventional centralized finance companies or institutions such as banks, brokerage firms, or exchanges.

The aim of this decentralized monetary system is to establish a type of financial transaction that is safer and more accessible than traditional finance. Additionally, it is more confidential, more transparent, and less dependent on laws.

Bitcoin (BTC) is the world’s most transacted and renowned cryptocurrency. It is a blockchain-based, decentralized digital currency driven by a user network. It enables financial transactions without the need for a central authority or intermediary.

While Bitcoin does not yet have the same reputation as gold (as a measure of value,) the crypto king is gaining popularity every day. It may have a place in your investment portfolio considering your goals and risk tolerance.

Bitcoin is widely being viewed as a store of value or an asset with long-term value. Gold has consistently held that status and continues to do so. However, Bitcoin has threatened it, prompting some observers to refer to it as ‘digital gold.’

If you’re still unsure about which cryptocurrency to invest in, here are 6 reasons why you must invest in Bitcoin. 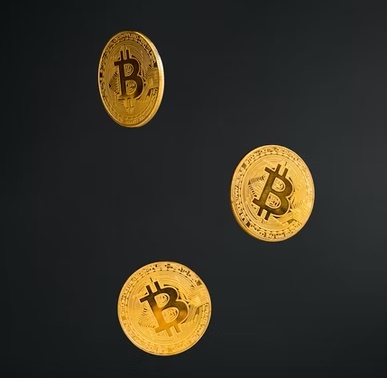 6 Reasons to Invest in Bitcoin

Here are 6 reasons that will compel you to invest in Bitcoin.

1. Invest in a trustworthy crypto

Currently, there are approximately 7800 cryptocurrencies available. Most of these are quicker at executing transactions (XRP was created specifically for payments and can complete a transaction in 0.038 seconds). Others can handle more transactions per block.

However, Bitcoin still has the largest market capitalization of all, indicating that the market believes in it. It has a finite quantity, unlike Ethereum, the second most popular cryptocurrency, whose present and the entire amount are still undetermined.

2. Get gold-like capabilities but better

The total amount of gold that can be extracted from the planet is fixed. Similarly, the total number of Bitcoins that would ever be mined is set at 21 million, with all of them scheduled to be mined by 2140.

That is specifically why it has restrictions and operates as a store of wealth. Some may argue that it is superior to gold since its productivity levels are more predictable. Moreover, its database is open to the public, allowing you to see who owns how many Bitcoins.

You can even trace all transactions which are not in the case of gold.

Some would claim that Bitcoin’s production isn’t limited because miners can tweak the code to add more quantity.

However, if you are familiar with the Bitcoin or computing societies, you will notice that they are typically quite persistent and loyal to their program and values. As a result, it is highly improbable that Bitcoin’s miners and creators will ever stray from its original ideas and objectives, and that Bitcoin will genuinely become the modern digital gold.

3. Monetary policies are being built on Bitcoin

Gold is used to underpin the world’s monetary system ever since the Medici’s created a bank supported by gold florins in the 15th century.

Now the same thing is occurring with Bitcoins, after all, no one wants to mine, store, or ship actual gold.

Bitcoins may now be purchased on a variety of exchanges, like MoonPay.

You can buy bitcoin with a credit card on Moonpay by following a few simple steps. Simply enter the BTC and your wallet address, verify your email address, make a payment with your credit card, and you are good to go.

4. Get a market advantage

Almost any innovation that is the first of its kind has a ‘brand name’ charm to it, and being the first in something, especially in technology, provides you a huge advantage.

Apple was the first to develop a smartphone, the iPhone, in 2007. Their latest iPhones generally have superior features than Android rival cell phones, but they still have a 40% share of the US smartphone market.

Toyota has a 40% market dominance in the hybrid sector thanks to Prius. Tesla has an 18% market share with EV automobiles, which is three times that of the next closest rival.

Netflix’s streaming services are used by half of all adults in the United States.

All of these companies were first in the industry and are considered superior and renowned names in their respective fields.

Can you imagine any of these going out of business?

In the cryptocurrency business, where there is still a lack of confidence, Bitcoin stands out as the de facto cryptocurrency that most investors believe. When most people think of crypto, they think of Bitcoin, which will help Bitcoin sustain its value and function as a store of value.

Countless other cryptocurrencies have appeared since Bitcoin’s inception, yet Bitcoin remains by far the market leader even after 12 years.

5. Invest in a safe and traceable crypto

Let us be honest, Bitcoin is not completely secure. People’s accounts have been hacked. However, this is dependent on how you have your Bitcoins managed.

If you have a good hard wallet, the only way it can be hijacked is if it links to the Internet. If you use a digital hot wallet that is continually linked to the Internet, you are more likely to be hacked because of how well the service that holds your wallet is safeguarded.

This is no different than the risk of using your bank account or credit card to make online purchases.

How much assurance do you have in your bank’s ability to secure your account or information when their systems are totally centralized?

If you ask a cybersecurity professional, they will tell you that you should not have a single point of failure or hacking, and you can see which one is more secure.

It is ultimately up to you to secure your money and information, just as it is with traditional payment systems. Yet, Bitcoin, with its SHA-256 encryption, is far more secure than losing your actual wallet.

6. Improvements are being made to make Bitcoin processing faster

One of the most common critiques of Bitcoin is that it takes a long time to complete a transaction.

The Lightning Network is being developed as a secondary layer on top of the Bitcoin network that will allow for speedier and more transaction activities. Smart contracts would give Bitcoin the same computing capacity as Ethereum and enable it to conduct complex financial operations at the high speed.

The possibilities are limitless, and in a society where time is of the essence, the more transactions that take place, the quicker the speed of money can occur to allow to expand economies faster.

As investors attempt to acquire more Bitcoins, the possibility to own a whole Bitcoin may become rare.  To be sure, there are risks to investing in Bitcoins, such as losing your secret key or placing your Bitcoin on an exchange that is hacked, or even a superior Bitcoin appearing.

However, the majority of these dangers can be dodged. Why not take that chance and buy some Bitcoins to see what all the buzz is about?