Adobe Illustrator might not enjoy the dizzying levels of popularity of its eponymous counterpart Photoshop, but it is hardly a niche software. While Photoshop is better suited to raster images, Illustrator’s vector graphics capabilities are ideal for developing specific kinds of digital artwork. And, given how important scalable vector graphics editing is in different fields of graphic design, Illustrator has slowly come into its own as the premier vector graphics software.

But most freelancers and start-ups in the industry find the high monthly subscription fees a deal breaker.  So, they look for alternatives to Adobe Illustrator. Five of the most efficient ones are listed below.

Does a one-time fee sound like a better deal compared to the monthly subscription model? If yes, then Affinity Designer is the software replacement you need. But it’s more than that – Affinity Designer features a slew of powerful artistic tools, from color options to changeable brush types. Beginners will find the user interface to be extremely intuitive while the small learning curve helps make sense of the extended export and slicing possibility.

Affinity Designer enables users to change the symbol properties individually while linking the other properties to the base symbol. Moreover, both MacOS and Windows OS support the software. This is a great choice for amateurs, who might someday be interested in transitioning to Adobe Creative Suite, as a lot of the concepts are the same.

The highlight of this tool is, of course, SVG support. In this era of 4K UHD, retina displays, scalar vector graphics, it’s important to have independent vector images that can scale to any resolution without loss in display quality. And Affinity Designer helps render true SVG output for consumption at any display resolution.

The only drawback is the lack of plug-in architecture. This means it is impossible for a third party or independent developer to customize the software according to popular trends. 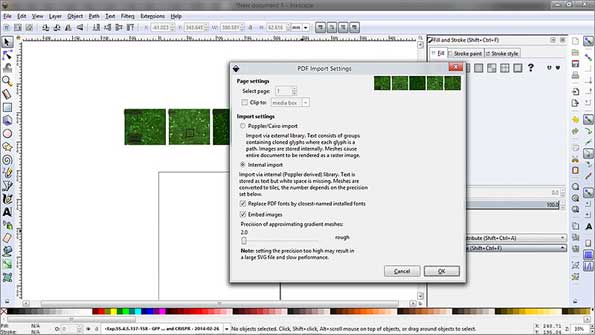 Having trouble opening a specific file type? Try Inkscape! This tool supports a variety of formats for import, such as Photoshop, Illustrator, and SVG. And if that’s not enough, you can always add more to the plug-in architecture. It’s the same for export as well, with files being saved in numerous formats, from PNG to BMP, JPG to SVG. Available to download free of cost, Inkscape is GPL-licensed and maintains public repositories.

The pre-built binaries of the software can be found easily for Mac, Windows, and Linux. In fact, it is possible to build Inkscape from source on other platforms as well. Users will not have a hard time getting the hang of the controls, and they can easily create and edit vector graphics.

Some of the tools offered by Inkspace are pretty impressive for a freeware, including bitmap tracing, numerous free tutorials, a manageable learning curve, and the capability to import .ai files.

The only concern is, some designers claim the software takes a bit of time to launch, sometimes more than 30 seconds. But this depends on several factors, such as the number of fonts you have installed on the system. So, if waiting for a few extra seconds doesn’t bother you, then Inkscape is a solid alternative to Adobe Illustrator.

The most common criticism aimed at Sketch is its availability on just the Mac OS. But once the designer finds a way to collaborate with teammates using Windows and Linux, sky’s the limit. Not only will you find an active community with sufficient resources, but the clean UI is also a refreshing change from the cluttered panel system in Photoshop. Sketch has a loyal following among the illustration design crowd, so there is no dearth of well-maintained community resources. In fact, whether it’s Android/iOS UI elements or iPhone frames, there’s nothing you won’t find in Sketch.

Sketch supports a separate artboard on each page for every responsive size, which means you can work on multiple views simultaneously. Designed for web and mobile UI workflows, Sketch’s vector-based software lets you rescale assets without any quality loss. The pixel-aware nature of the software lets you set a grid and snap objects to it while rounding to the nearest pixel edge for cleaning the layers. 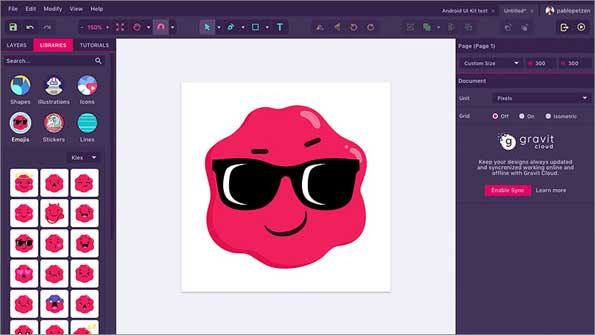 The Gravit Designer software is something of an oddity. For example, while the interface is extremely fun and user-friendly, the whole thing is totally in-browser. There is little literature available on the Internet about the software, but one thing’s for sure – it is lightning fast. You simply need to register for an account and then begin drawing without any additional downloads.

With cross-platform capabilities, you can port the whole software to any paid or free platforms of your choice. And it’s only a matter of time before you become familiar with the keyboard shortcuts since they are so easy to access. Since the software uses its own set of icons and themes, it cannot be integrated into the system.

The in-browser status is perfect for designers wanting to free up precious space on their systems, those using Chromebook, or those working on another person’s device. But regular users of keyboard shortcuts might have a hard time in the beginning. Why? Because you might accidentally trigger the shortcuts of your browser when you actually mean to control Gravit. 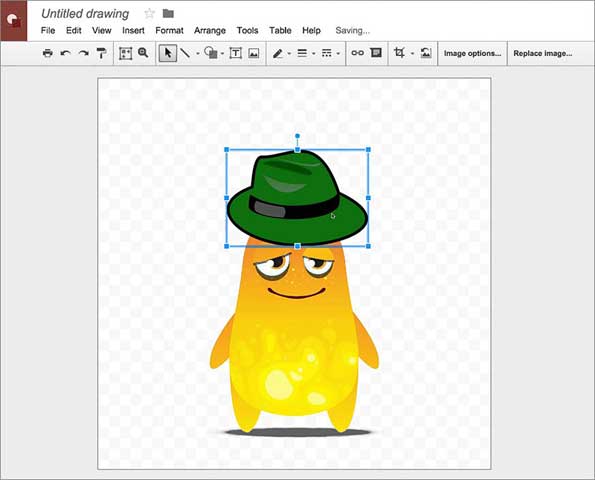 Launched in 2010, Google Drawings is a free, web-based diagramming software. Anybody with a Google account can access Drawings. While other tools of the Google Drive suite vary in complexity, Draw documents can easily be shared and worked on by some individuals at the same time. This level of collaboration is the direct outcome of being integrated with Google Drive.

Drawings does away with all the complex features found on the bigger editors in the industry. Now, you might think that this reduces a lot of its efficiency, but all it does is make the software accessible and easier to understand for more newbie designers. The cloud storage capability is a nice surprise as you can access your files from the Google Drive anywhere, anytime.

Adobe Illustrator has numerous alternatives – free and paid – available on the Internet. But it’s all a matter of knowing which one fits your needs the best to avail the benefits. These five software tools are the strongest contenders for the role of an Adobe Illustrator substitute.