4 Times When Marketing Really Nailed It: How Experiential Marketing Wins Big for Brands

The parameters of what constitutes a great marketing campaign have changed enormously over the decades, once upon a time it was sales figures alone that caused a stir amongst the internal management teams.

Now we hold so much more stock in online sentiment, engagement and brand authority, all of which often have a knock-on effect to sales, but when times are tight, creating lasting brand awareness is what pays dividends.

A 2013 Nielsen study showed that around 60% of people are more inclined to buy products from familiar brands, than to opt to purchase from those that are unknown to them. In fact, the same paper proved that 50% of consumers are more willing to try a new product from a brand they recognize, than choosing to try a similar product from a new brand.

So, who out there really gets it? What are some of the most innovative or successful marketing campaigns in recent years? 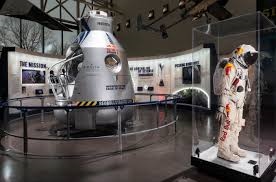 Whilst Redbull focused efforts entirely on this amazing feat of human ingenuity, courage and stamina, they didn’t forget to capitalise on the unique nature of their activity.  The Stratos project was an extreme high-altitude diving project with Austrian skydiver Felix Baumgartner.

On 14 October 2012, Baumgartner flew approximately 24 miles into the stratosphere over New Mexico in a helium balloon before diving from the platform into a free fall and then parachuting to Earth.

Baumgartner broke multiple world records and set world firsts, such as breaking the sound barrier on his descent, becoming the first human to do so without any form of engine power. Measurements also show Baumgartner also broke two other world records, the unofficial record for the highest manned balloon flight and the highest altitude jump. These claims were verified by the Fédération Aéronautique Internationale (FAI).

Google ran an experiential marketing campaign in Texas, they encouraged residents to come down to the Google cupcake van and collect a free cupcake, all they needed to do in exchange was take a photo using Google’s new photo app.

Zappos got wind of this and decided to upgrade the Google cupcakes to a mystery Zappos gift. They set up a cupcake deposit stand a mere stone’s throw from the cupcake van, all one had to do was walk along with your newly acquired cupcake, place it through the slot and in exchange you would be given a box. Those that chose to make the swap were gifted backpacks, sunglasses and sneakers, all manner of goodies.

This twist on guerrilla marketing was playful and earned Zappos loads of column inches. 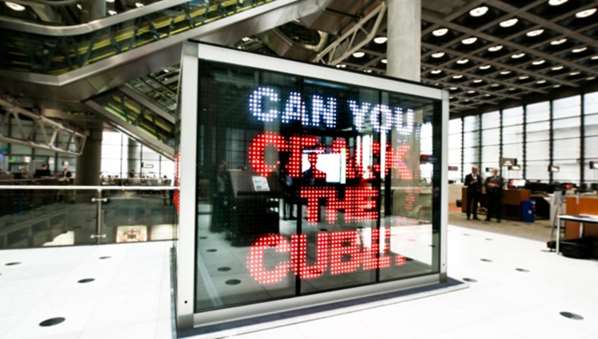 Hiscox work in a notoriously risk adverse arena, meaning opportunities to stand out are ripe for the choosing, if you have the guts to do it. Following the launch of CyberClear365, their latest cyber insurance product. Hiscox decided to make a splash by hiring an experiential marketing agency to design a totally on brand stunt in the middle of the iconic Lloyd’s of London building.

Using smart glass technology, a 3m x 3m LED Cube was created and installed to house a set of three cyber security games, this experience was in the heart of the Lloyd’s trading floor. People were invited to “crack the cube” by completing three timed games. The winner who gained the most points across all three games was awarded the ultimate prize of a trip for two to Las Vegas, home of DEF CON, one of the world’s largest hacking conferences.

The Cube was the first of its kind to ever to be installed in the Lloyd’s of London building. 150 people attempted to crack the cube games and one lucky winner with the highest score of the day won a trip to Las Vegas. 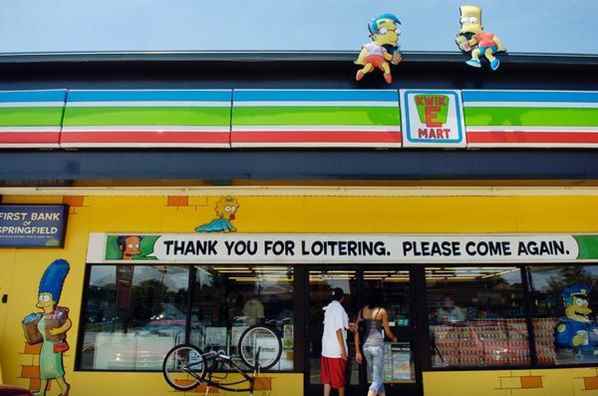 As part of a campaign to promote the opening of “The Simpsons Movie,” for 20th Century Fox Film Corp. and Gracie Films, the two studios joined forces with 7-Eleven and redecorated 11 U.S. stores (and one in Canada), to resemble the famed Kwik-E-Marts from the long-running cartoon series, which loves to poke fun at 7-Eleven as a store that sells unhealthy snacks. Those 11 stores and most of the 6,000-plus other 7-Elevens in North America sold items that until now existed only on television: Buzz Cola, KrustyO’s cereal and Squishees, the slushy drink knockoff of Slurpees.

This reverse product placement and the experiential angle of visiting a ‘real life’ Kwik-E-Mart showed that 7-Eleven and indeed FOX and Gracie themselves had a rarely seen trait for corporations of their size, the ability to laugh at themselves.