3 COVID-19 Marketing Campaigns That Were Perceived as Positive 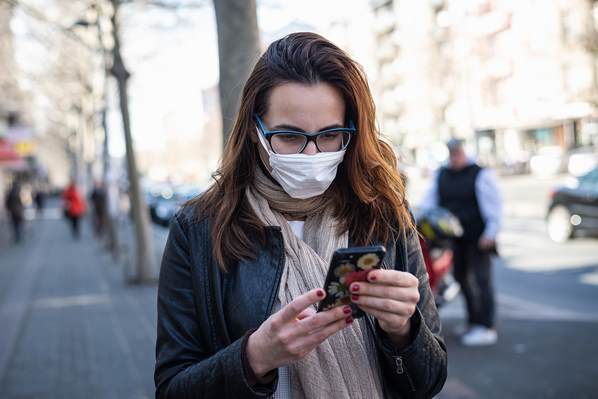 As COVID-19 swept through the globe brands and marketing agencies scrambled to adapt or clean sweep whole new campaigns as current ones became obsolete.

Some brands won and some lost in the mix. Here we bring together three of the best UK based campaigns, the ads that captured the zeitgeist and propelled the public perception of the brand forward.

Emily Crisps bought into an outdoor media space campaign back in December 2019, the thought process being that the following April would be perfectly timed to run its first ever outdoor advertising campaign.

Once COVID hit the British shores and Emily Crisps realised the reality of the Great British summer was going to be very different from the prolific picnic summer they had envisaged and the campaign would more than likely not be seen by many consumers at all, the marketing team knew they had to move quickly to turn around four new ads calling out their marketing misfortune. They chose to take the change in circumstance on the chin metaphorically and play into the predicament they were faced with. A knowing wink to the audience and a wry shrug in advert form.

One of the pieces of artwork read “Our first ever poster, seen by a runner and one pigeon. Typical”, and another “Hmmm…Maybe we should have made a TV ad instead”. The gentle self-deprecating humour was far more endearing than the usual “we’re all in this together” rhetoric.

The umbrella company behind Emily crisps, Nurture Brands, which owns also Rebel Kitchen, Ape and Primal Pantry, had originally bought the media from Clear Channel; the current campaign is running on digital six-sheets across the UK, with Emily sharing and promoting photos of the outdoor ads on their social media with the #stayhome hashtag.

KFC, the juggernaut of fried chicken production, has launched a post COVID lockdown campaign in the UK to announce it “is back” as it reopens restaurants for delivery and takeaway following the easing of restrictions across the country.

The fast food restaurant chain is rolling out a gradual reopening of roughly 500 restaurants with an advertising campaign that promises customers it has “missed them too”. The video advert shows images and clips from customers who have tried to recreate KFC food and packaging during quarantine. The images have all been taken from the #RateMyKFC social media campaign, which asked followers to make their own versions of its chicken wings and post them on social. It proved to be popular and gathered hundreds of posts.

The video advert ends with KFC reassuring consumers that “we’ve missed you too” but says they will “take it from here” when it comes to producing their famed fried chicken. The advert provides two simultaneous levels of advertising, one that the notorious KFC brand can not be duplicated or replicated – ensuring a unique product position and also that the ‘reassuring’ presence is back and feeds into peoples yearning for touchstone normality experiences, something many Experiential Marketing agencies will be gearing towards as the lockdown eases.

The multi-channel marketing campaign features adverts across TV, print, social and outdoor, the general public are shown cooking dishes at home, often hoping to recreate a beloved dish from a family member they have missed since quarantine began, that they then dedicate the dish to a person they love but cannot physically be with right now or to the originator of the dish.
Food lovers are asked to share their meals on social media using the #FoodLoveStories hashtag. Those posts fed the campaign but also allow the Tesco platforms to act as a virtual bridging tool for disparate communities across the country to unite and communicate.

Since the lockdown began, Tesco have adapted their communications to assisting the nation through these difficult times and demonstrate how, now more than ever, Tesco is here to help. This slight change of the “Every little helps” slogan that Tesco is famous for serves to strengthen its message and place in the nations psyche as the supermarket ‘with the people’.

People will always strive to be connected and we have found new ways to communicate and spend time with each other since the lockdown began, including preparing meals via video calls; this has already been featured in Tesco’s “Love Food Stories: Nan’s ‘Long Distance’ Roast Lamb”.
Tesco’s ‘Dedications’ ad will return for a few months as the lockdown progresses with more Food Love Dedications submitted from people across the nation.